What is a Rhinoplasty?

Our Rhinoplasty in San Diego is a surgical procedure that refines the appearance of the nose. Whether a bump on the nose or a bulbous tip, the overall result is a more attractive nose and a more harmonious appearance. Nose reshaping can dramatically improve someone’s appearance and increase their beauty while still retaining their individual look. 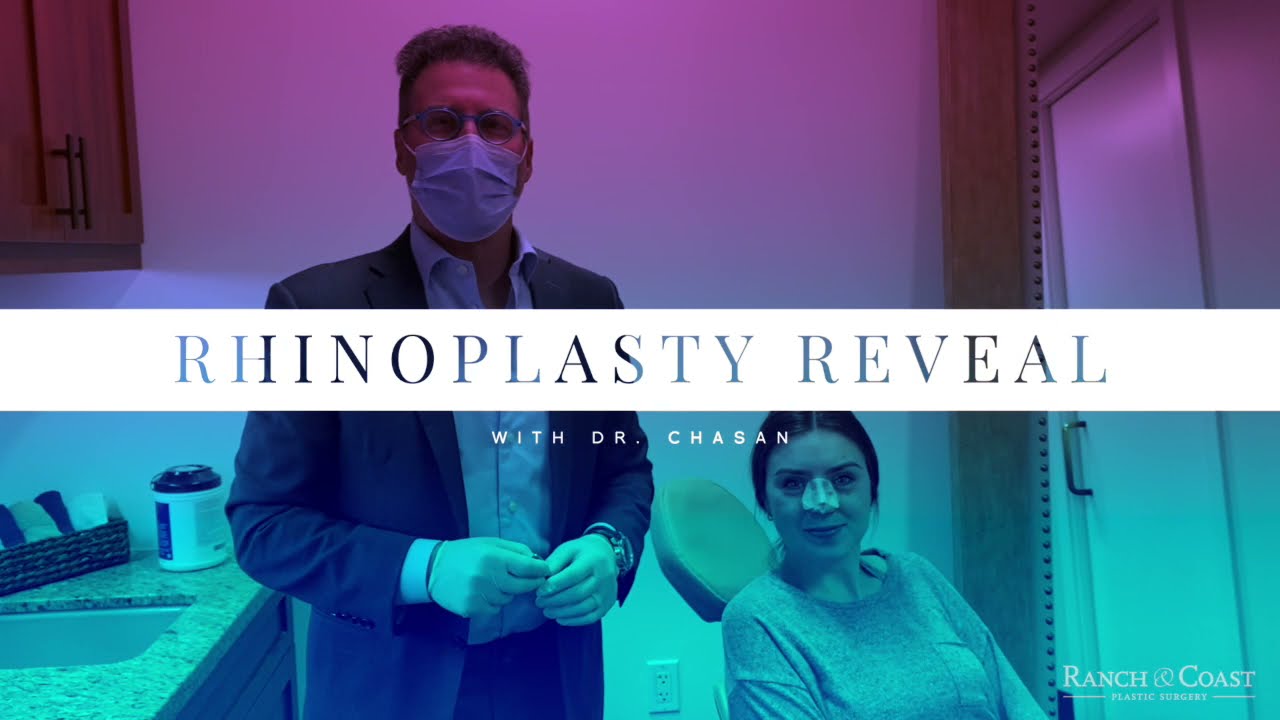 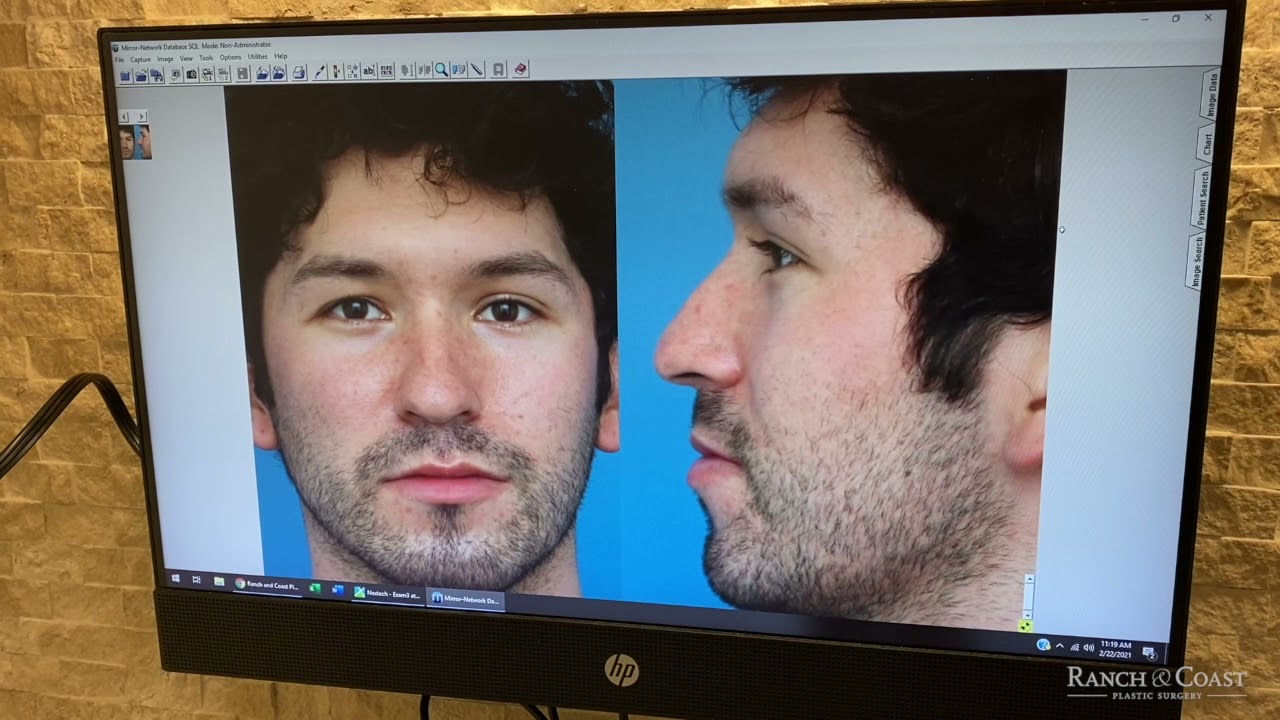 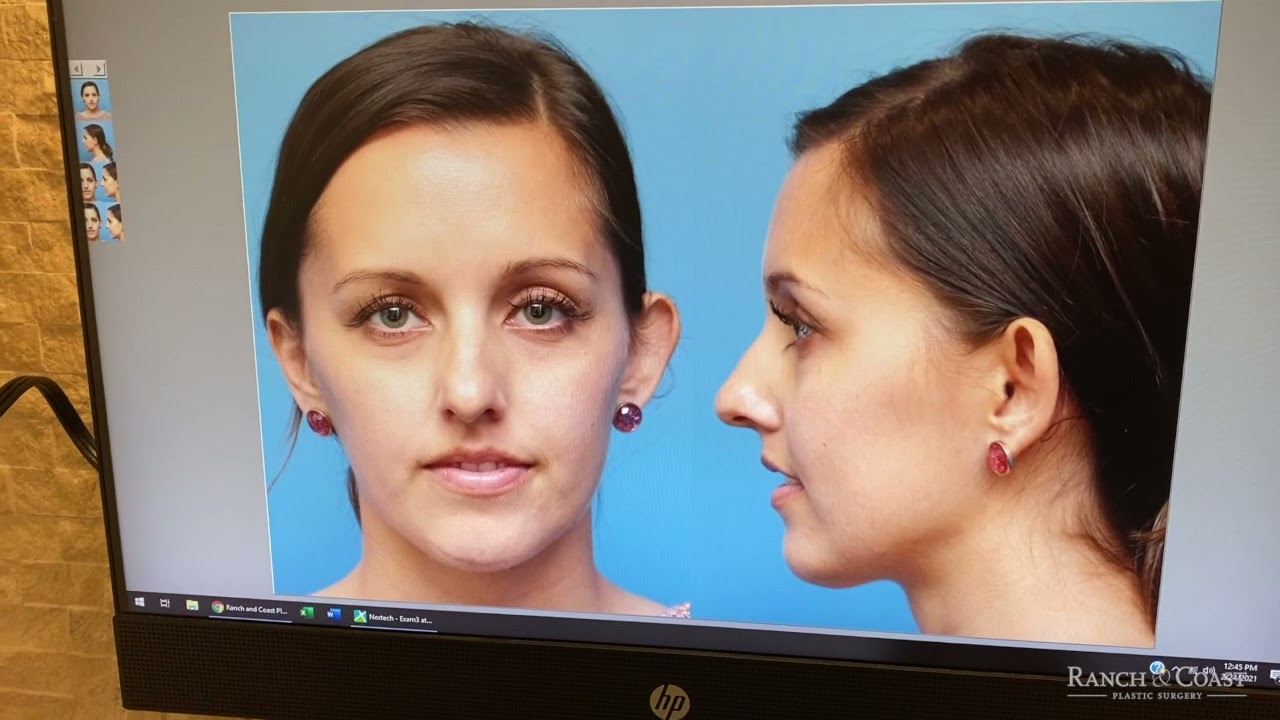 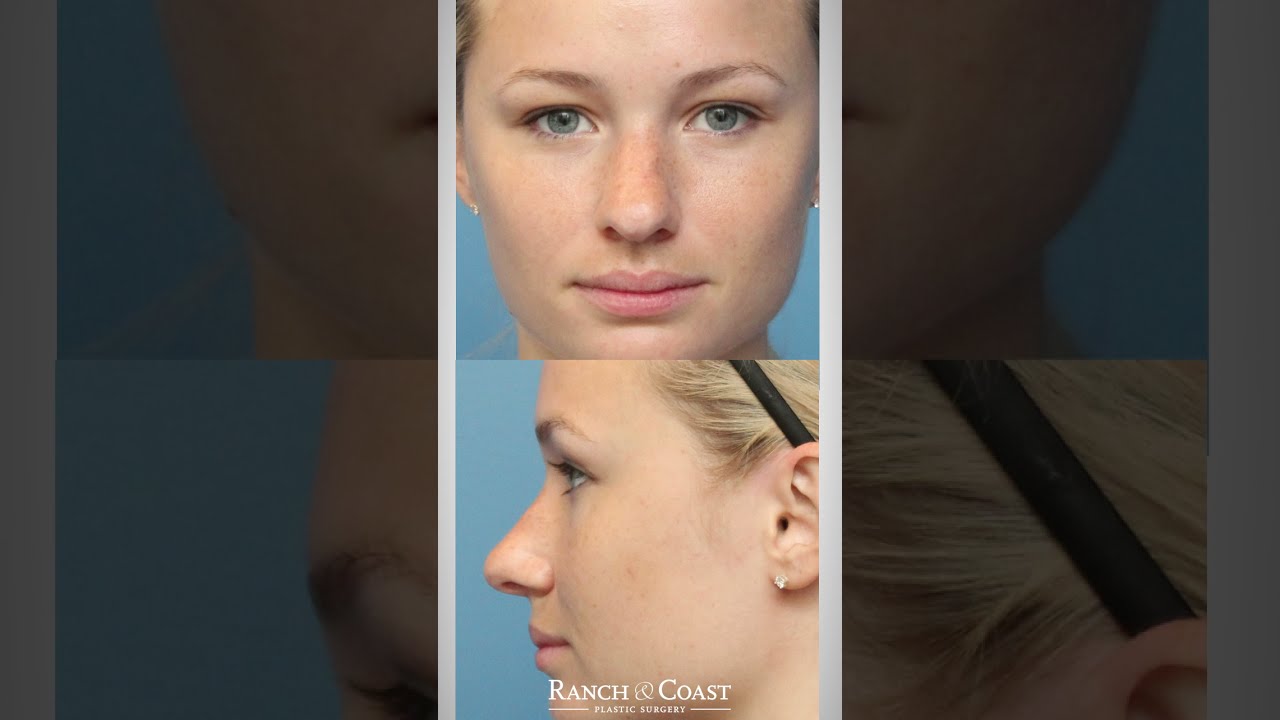 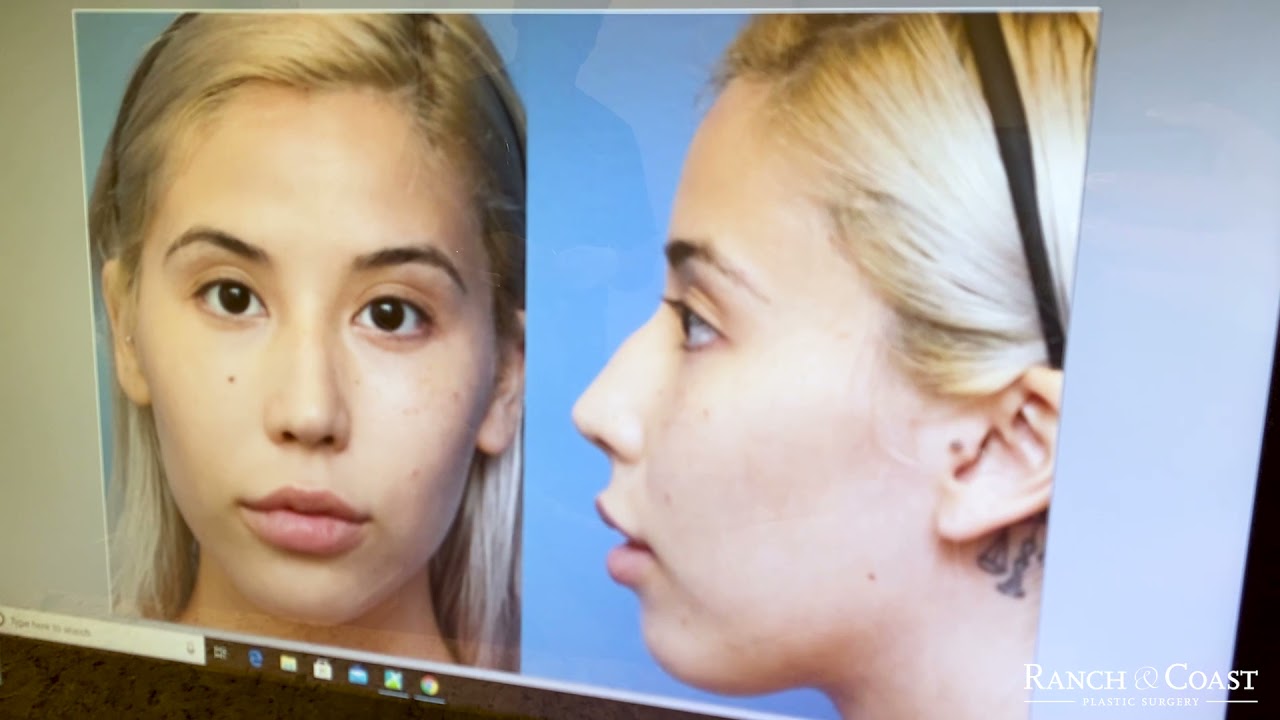 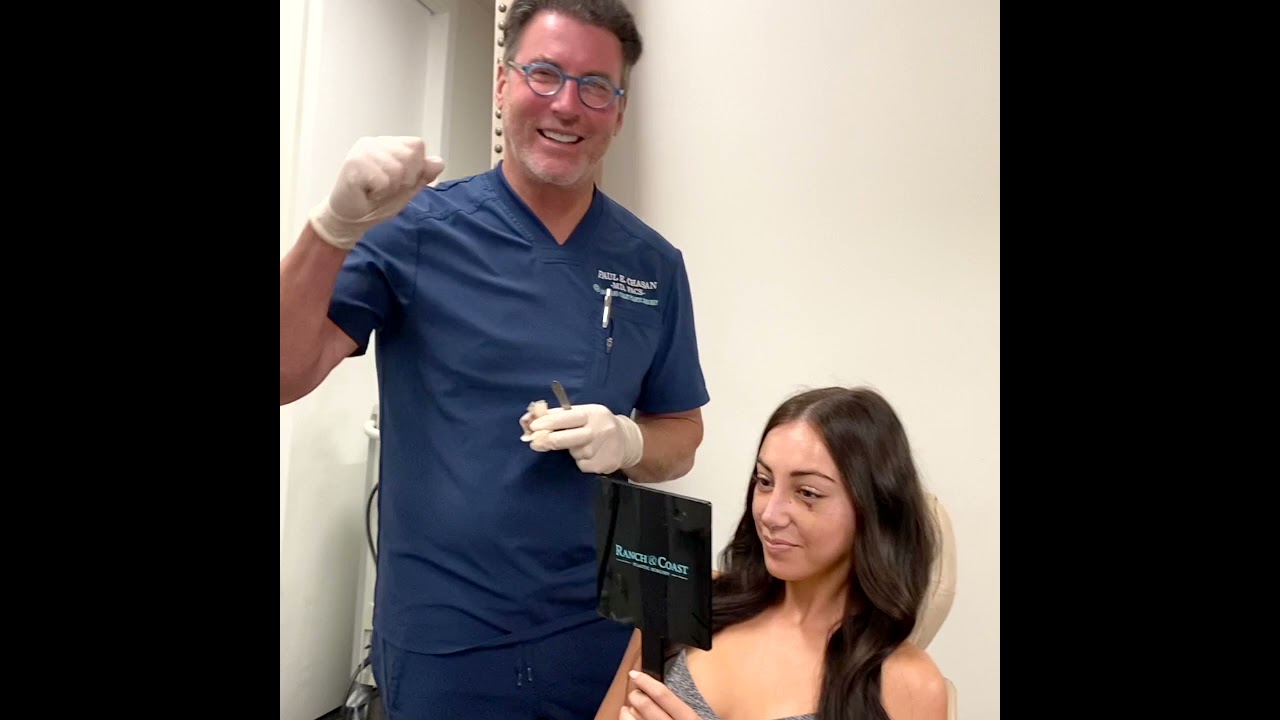 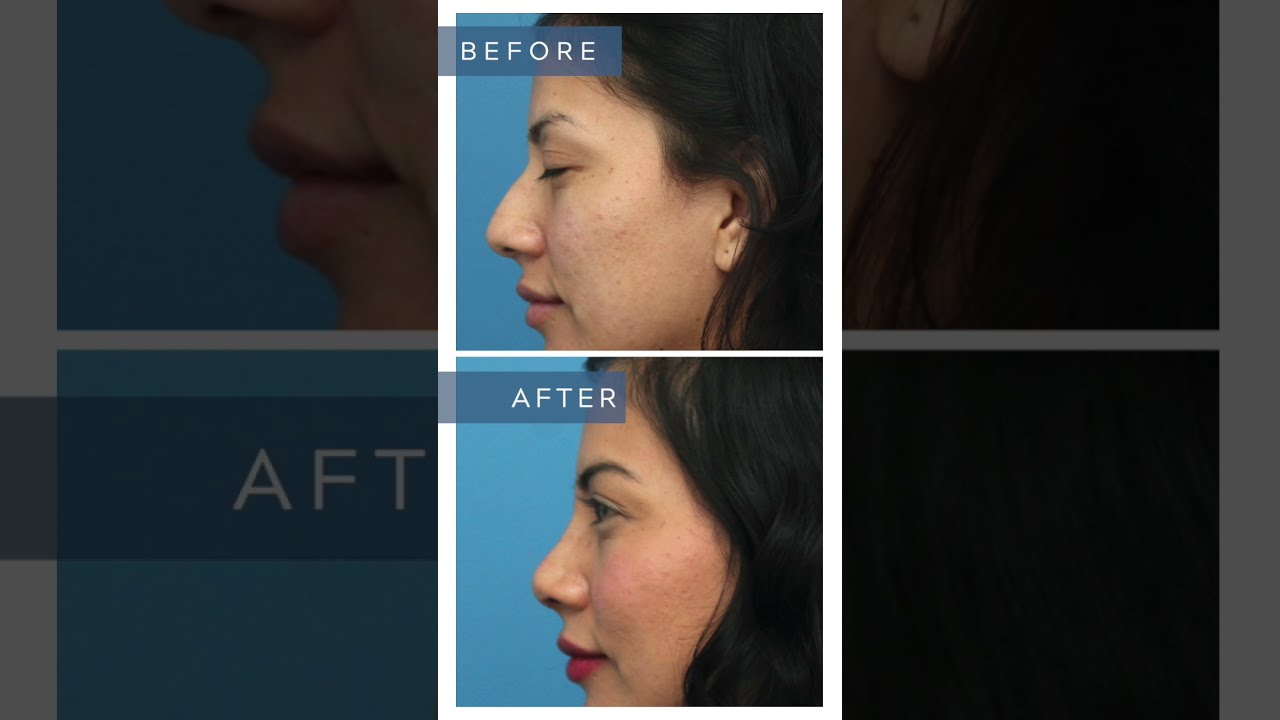 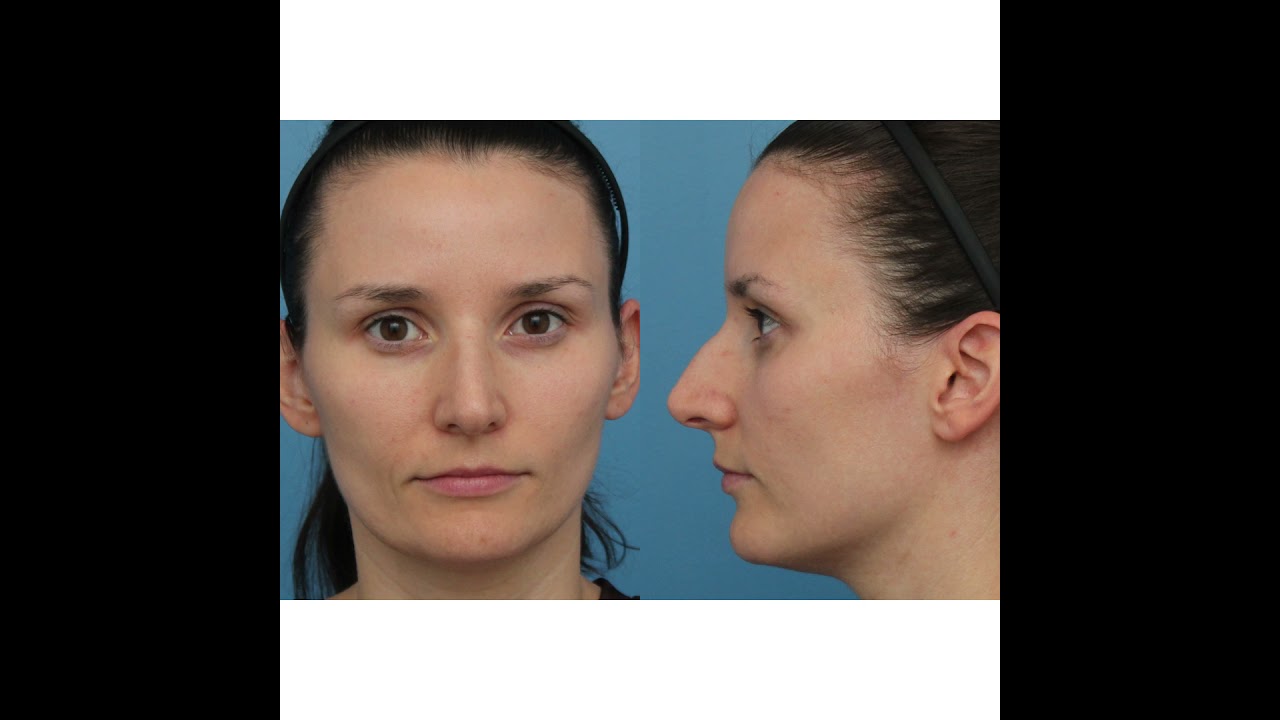 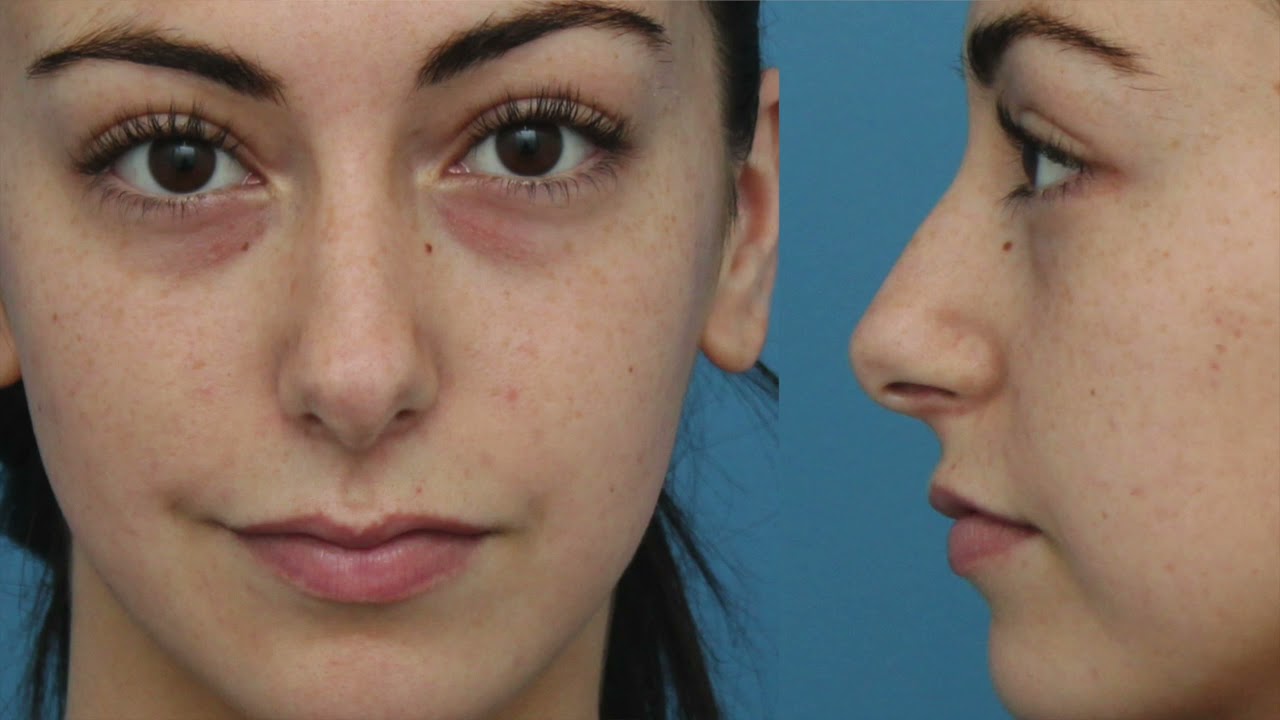 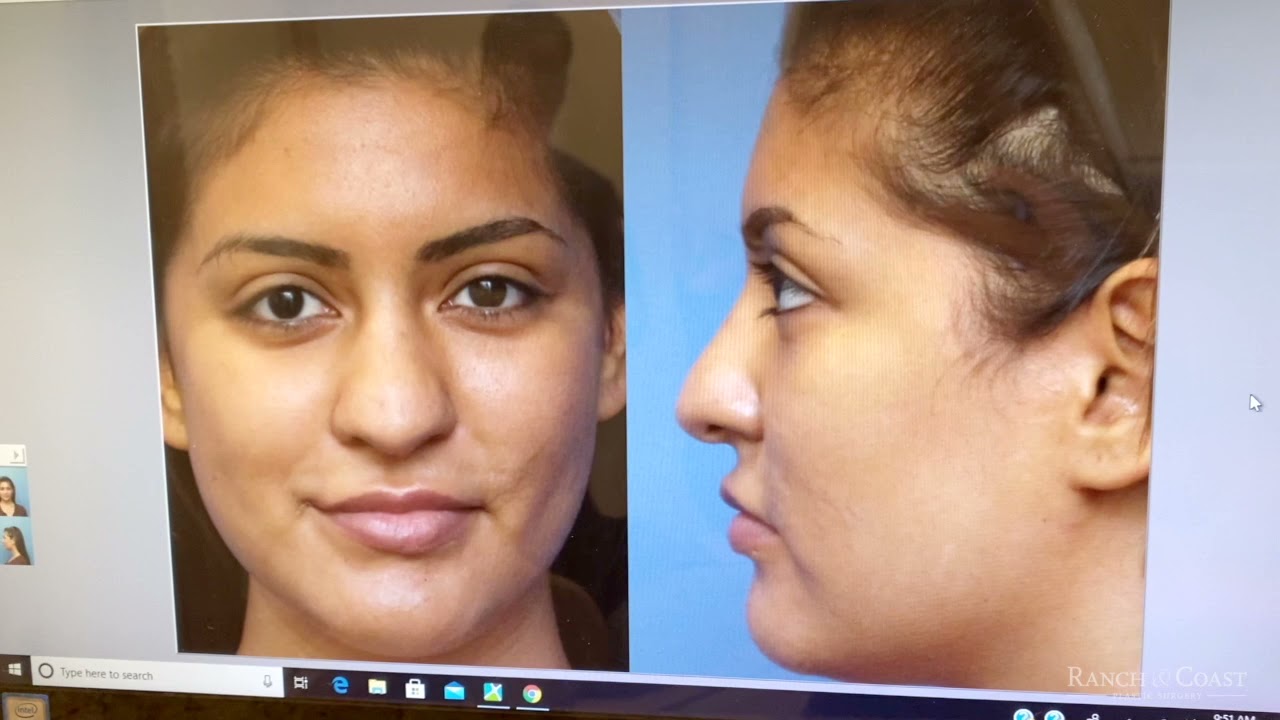 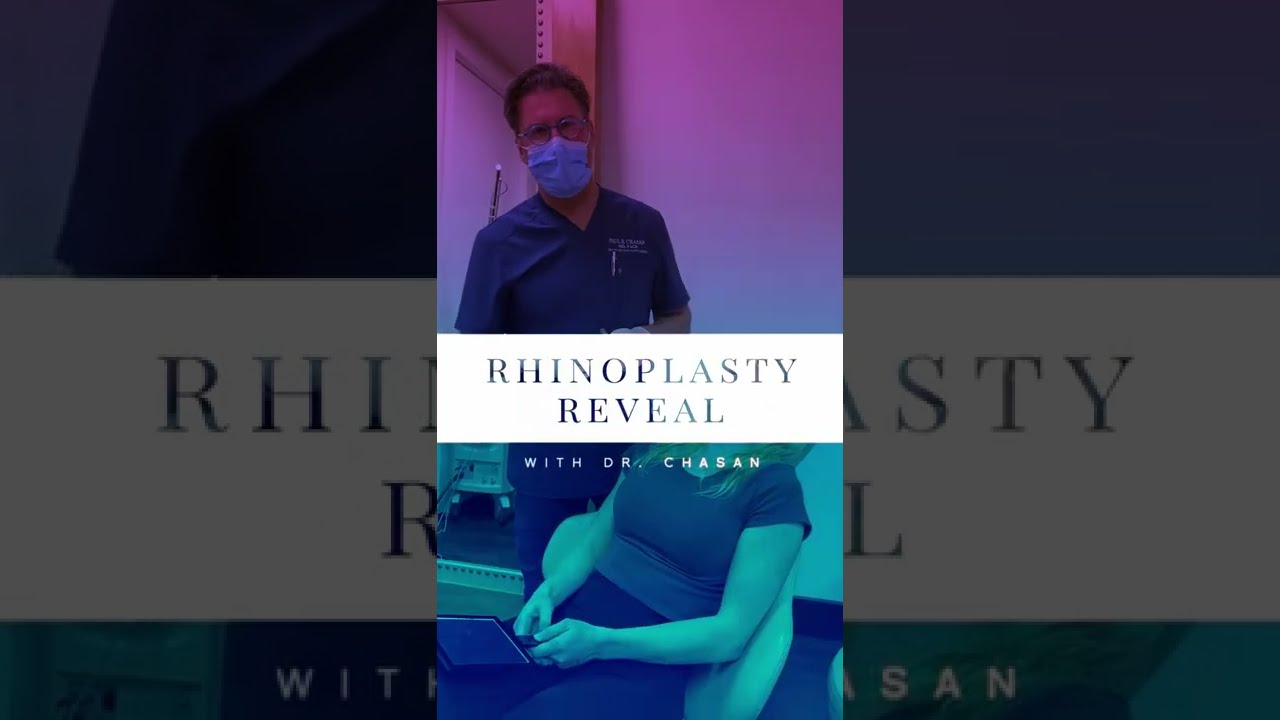 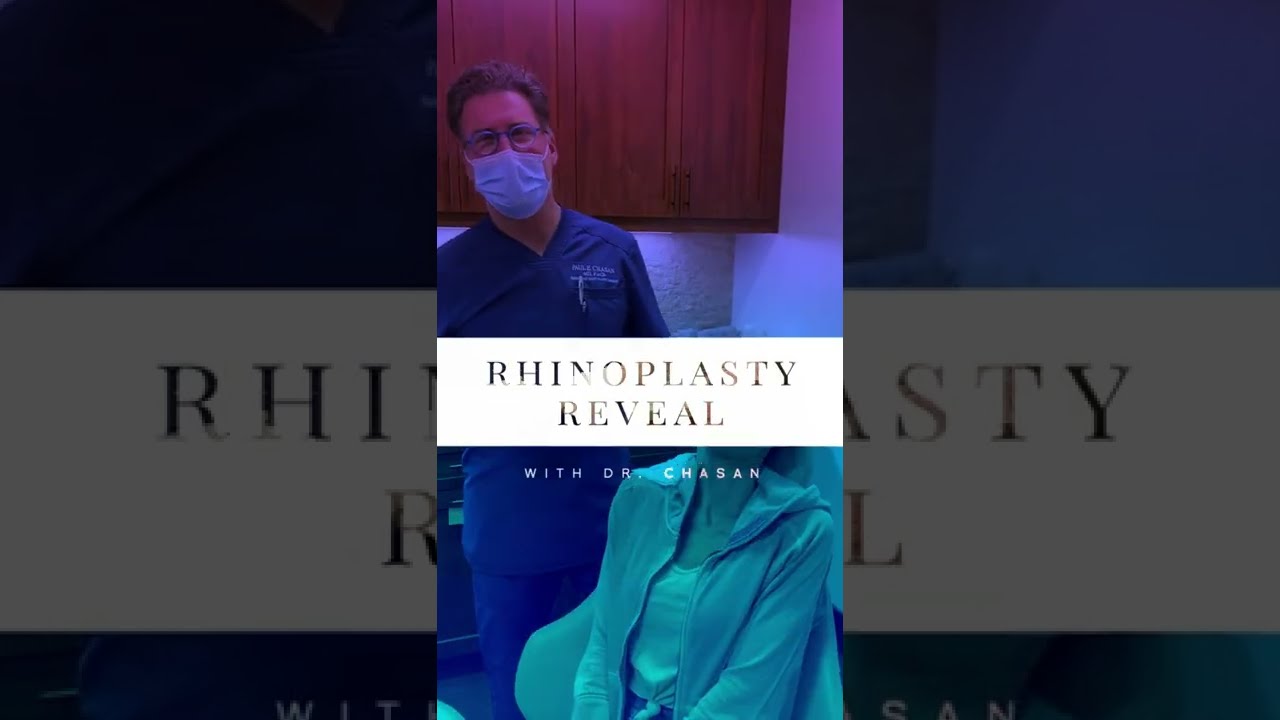 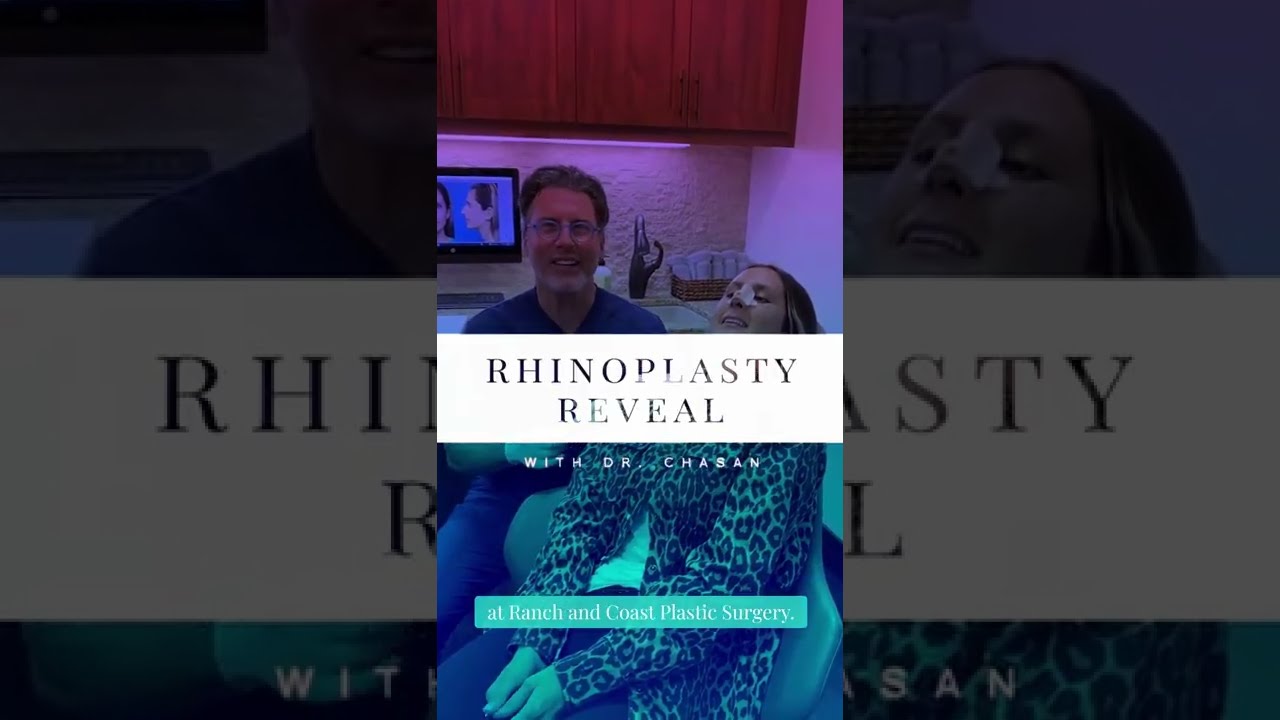 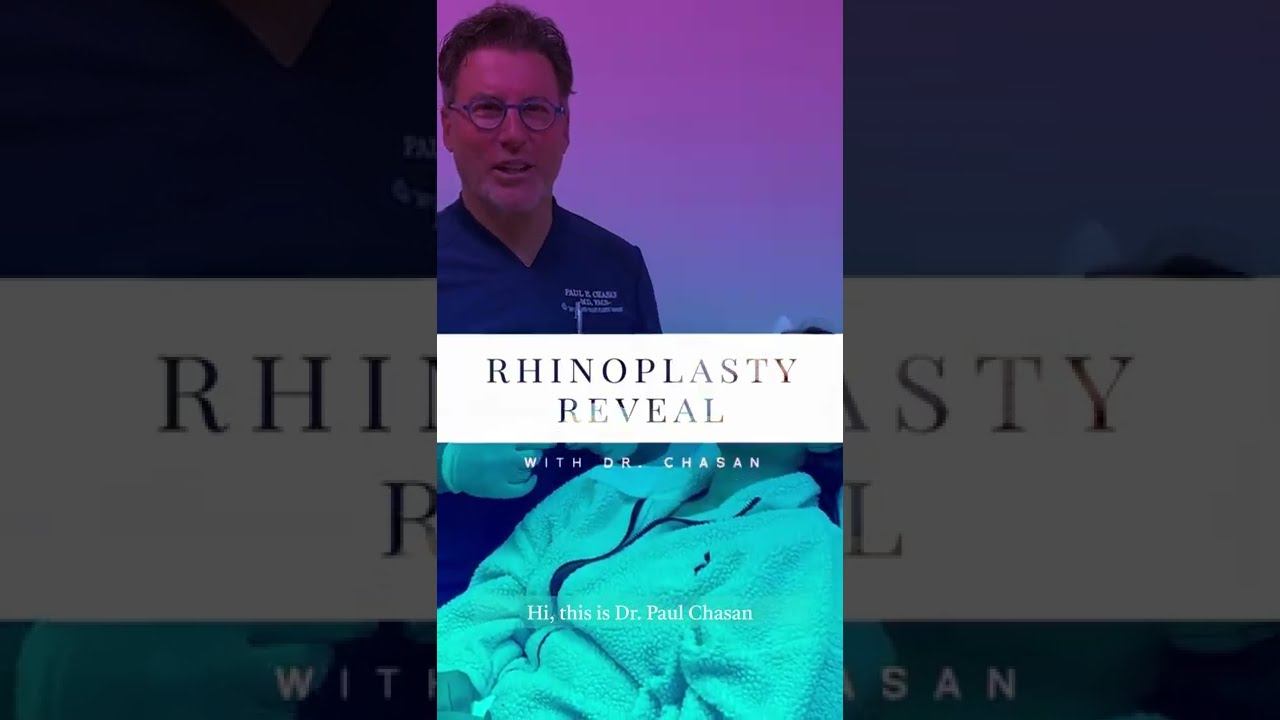 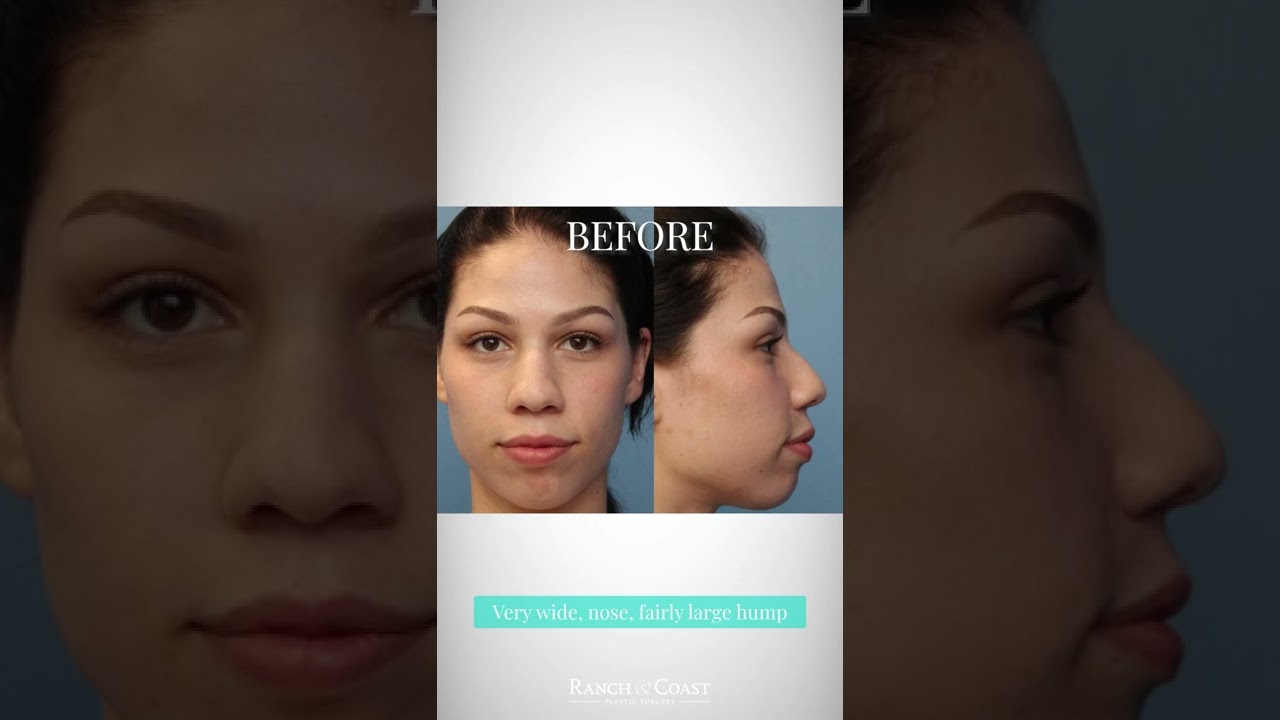 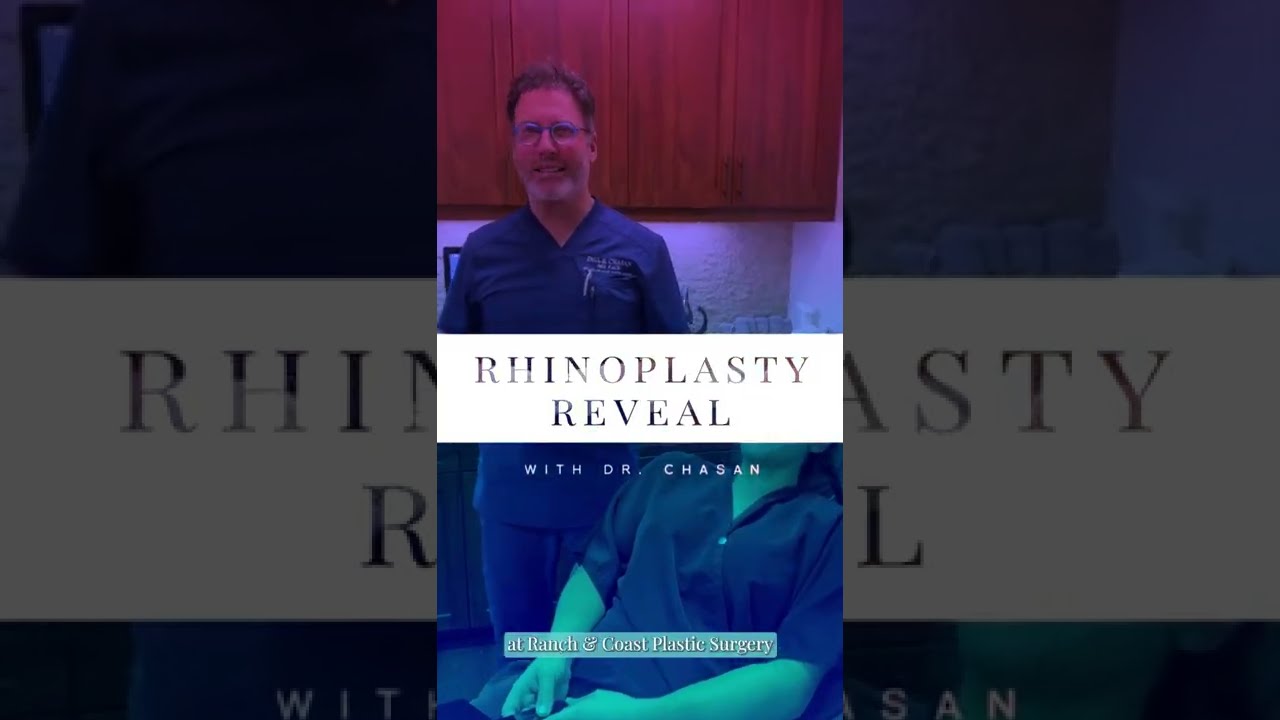 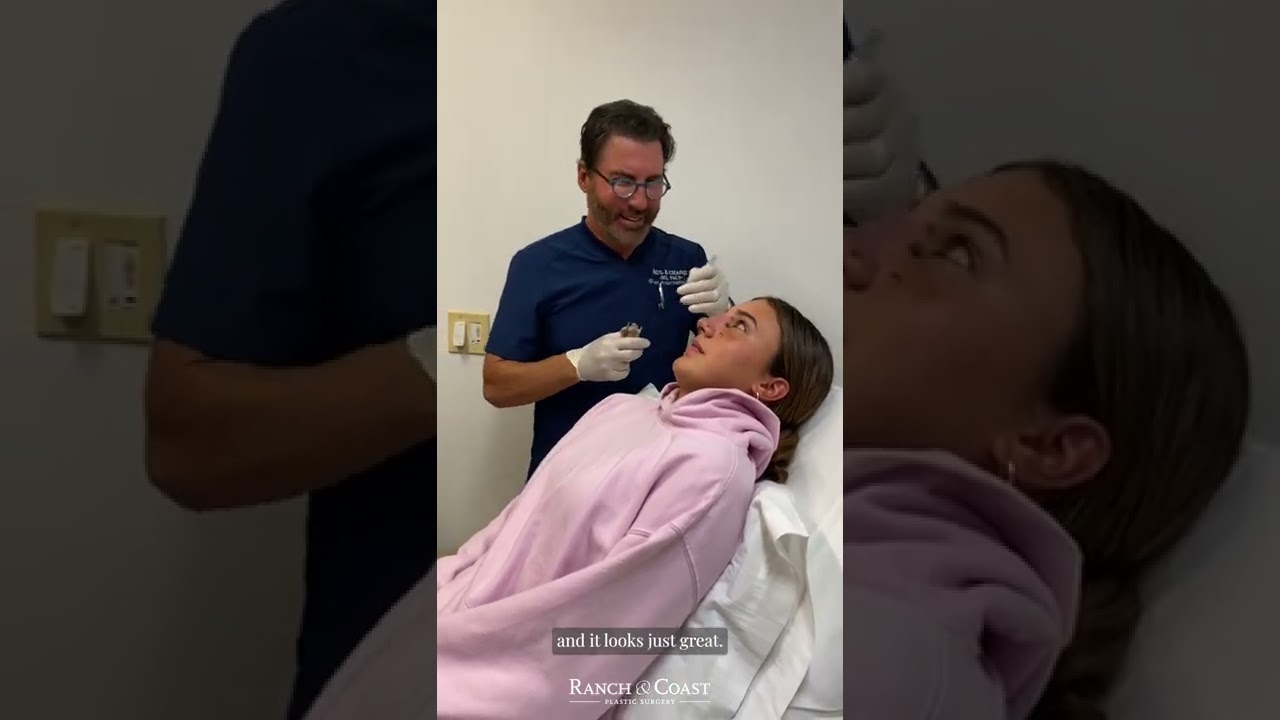 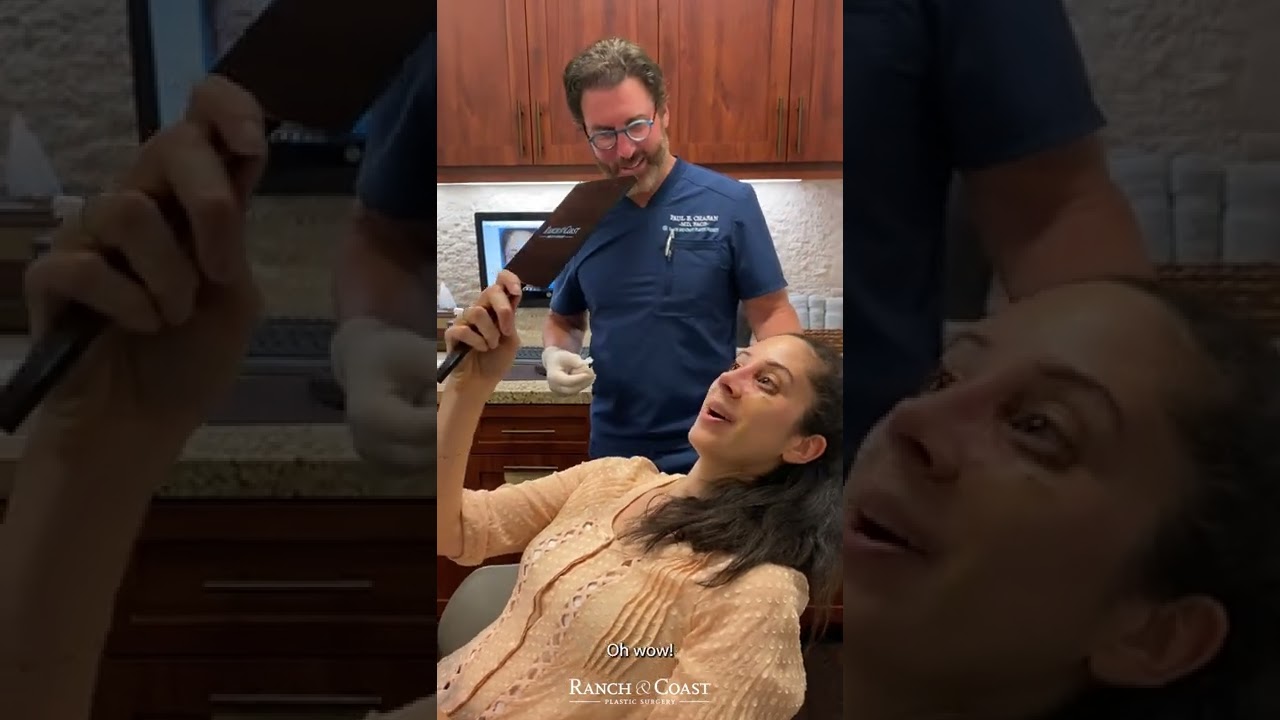 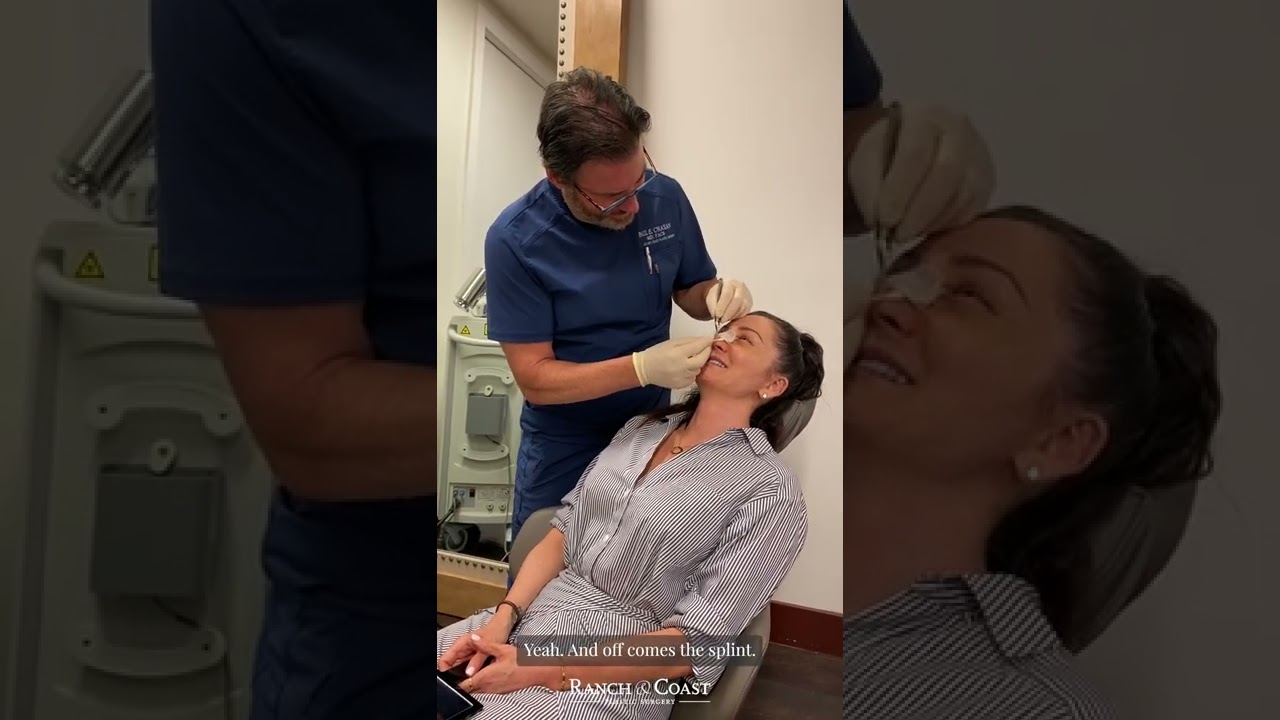 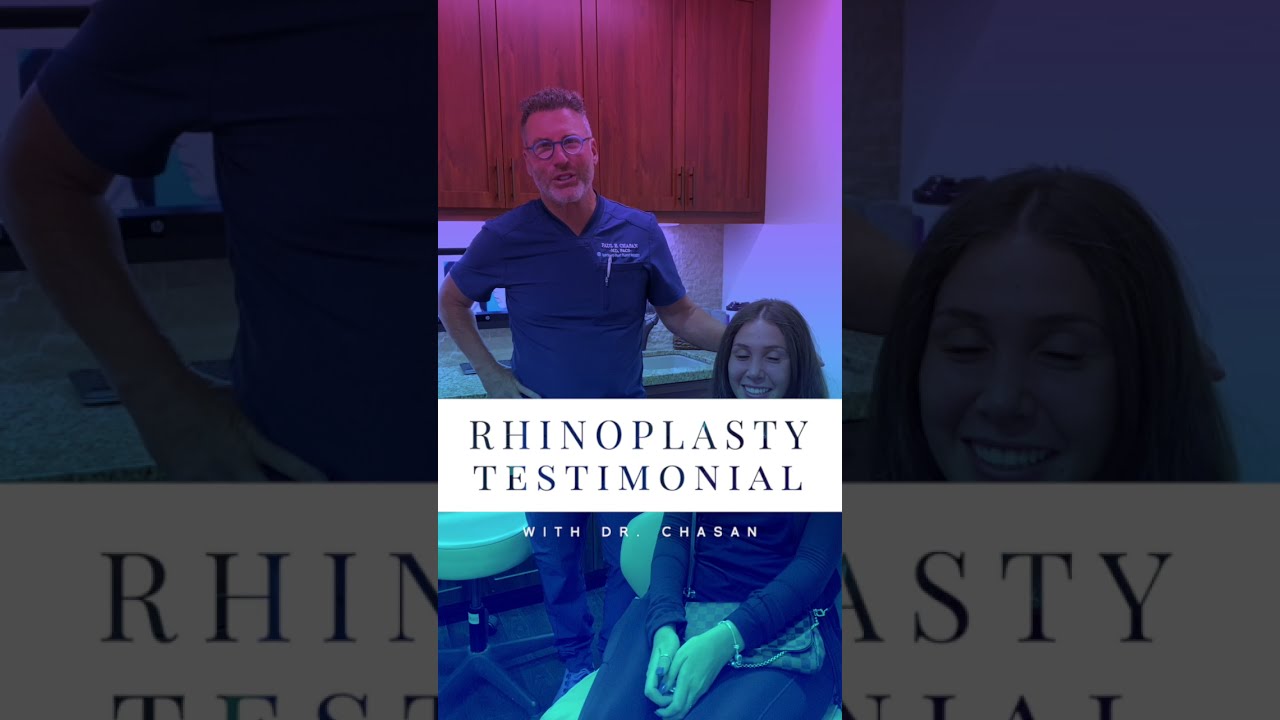 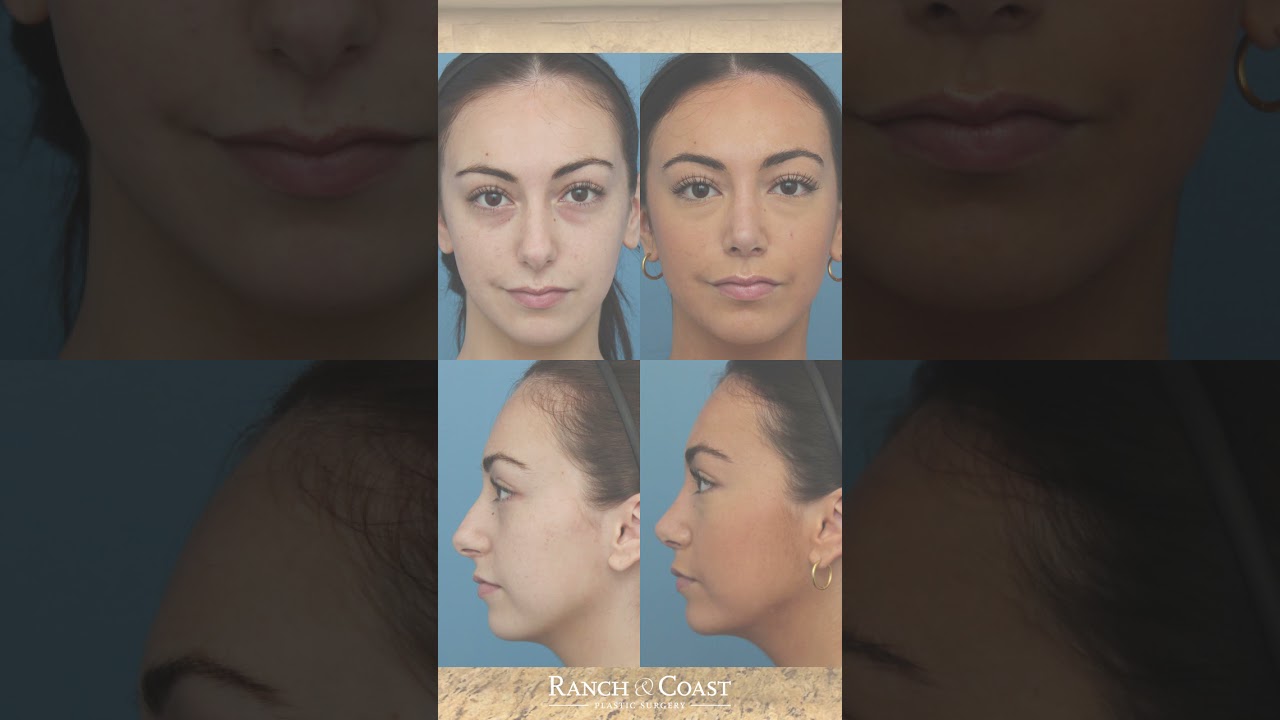 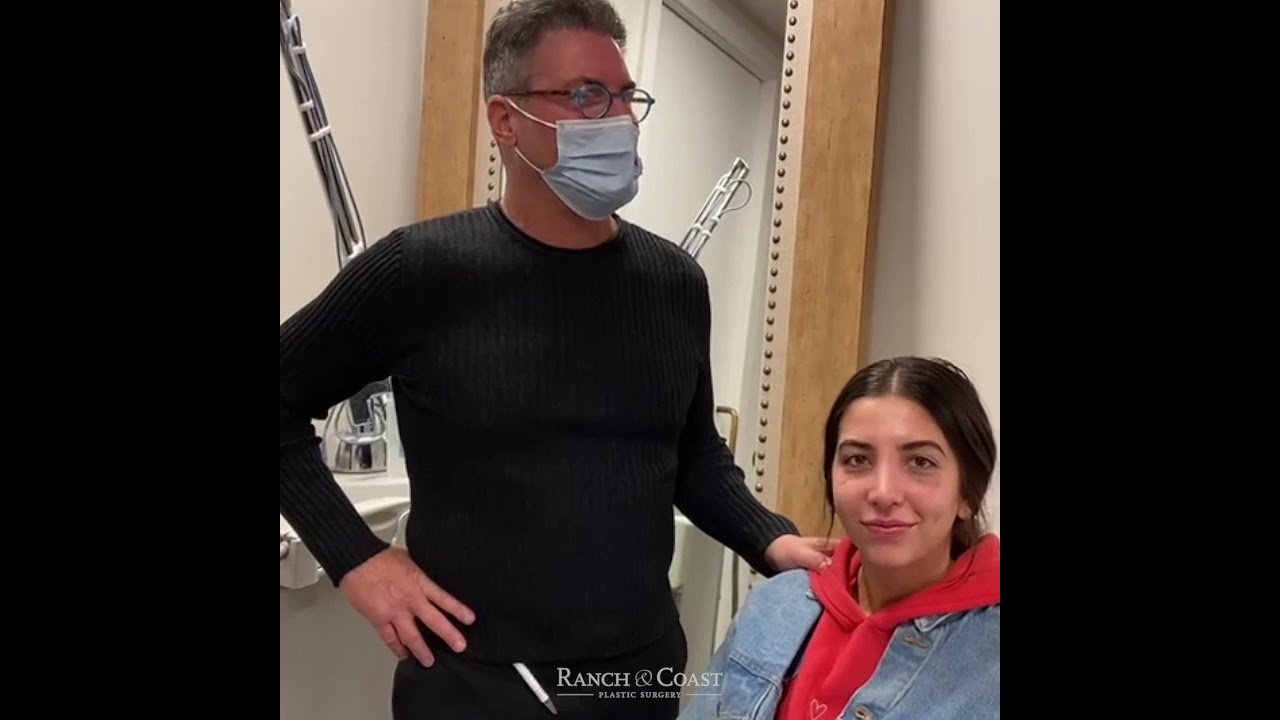 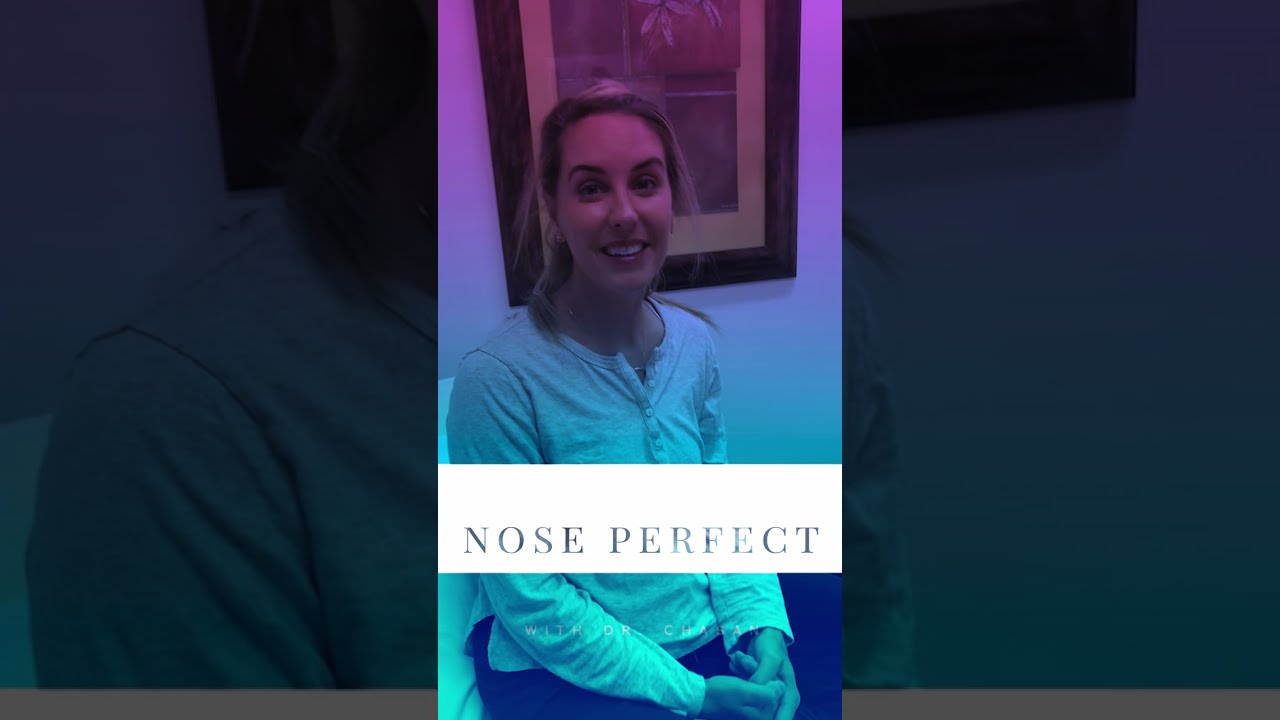 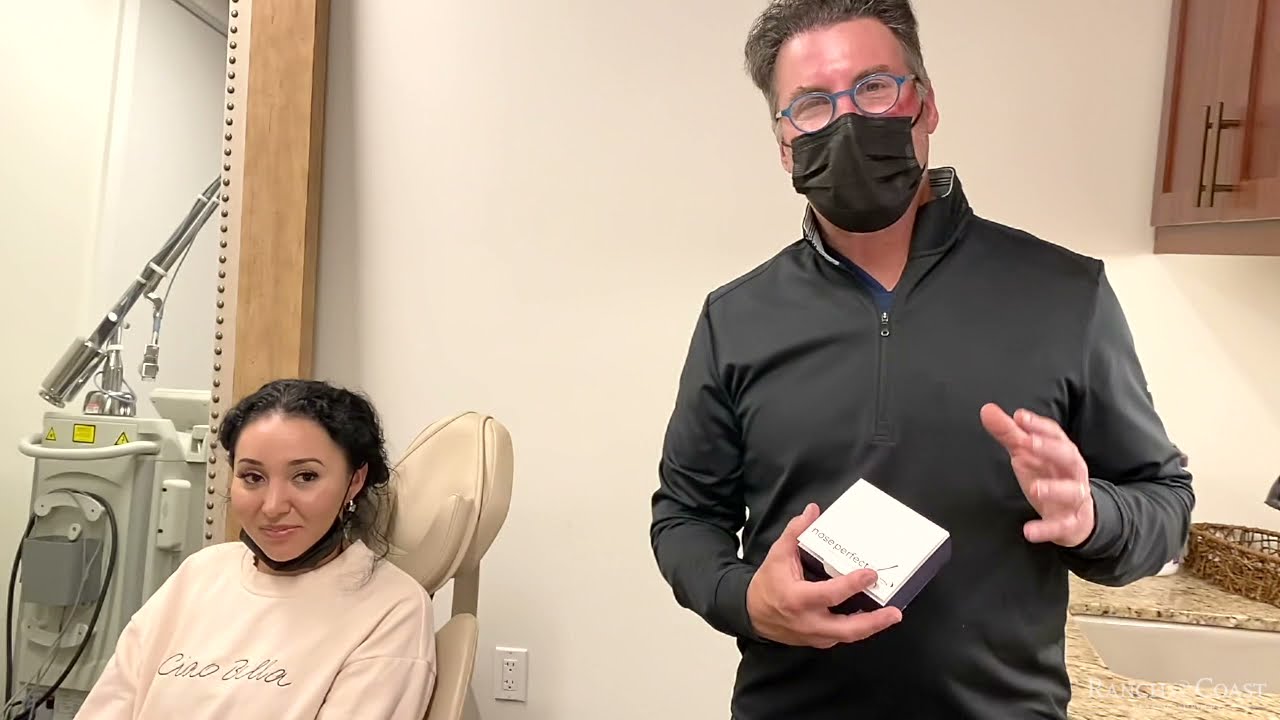 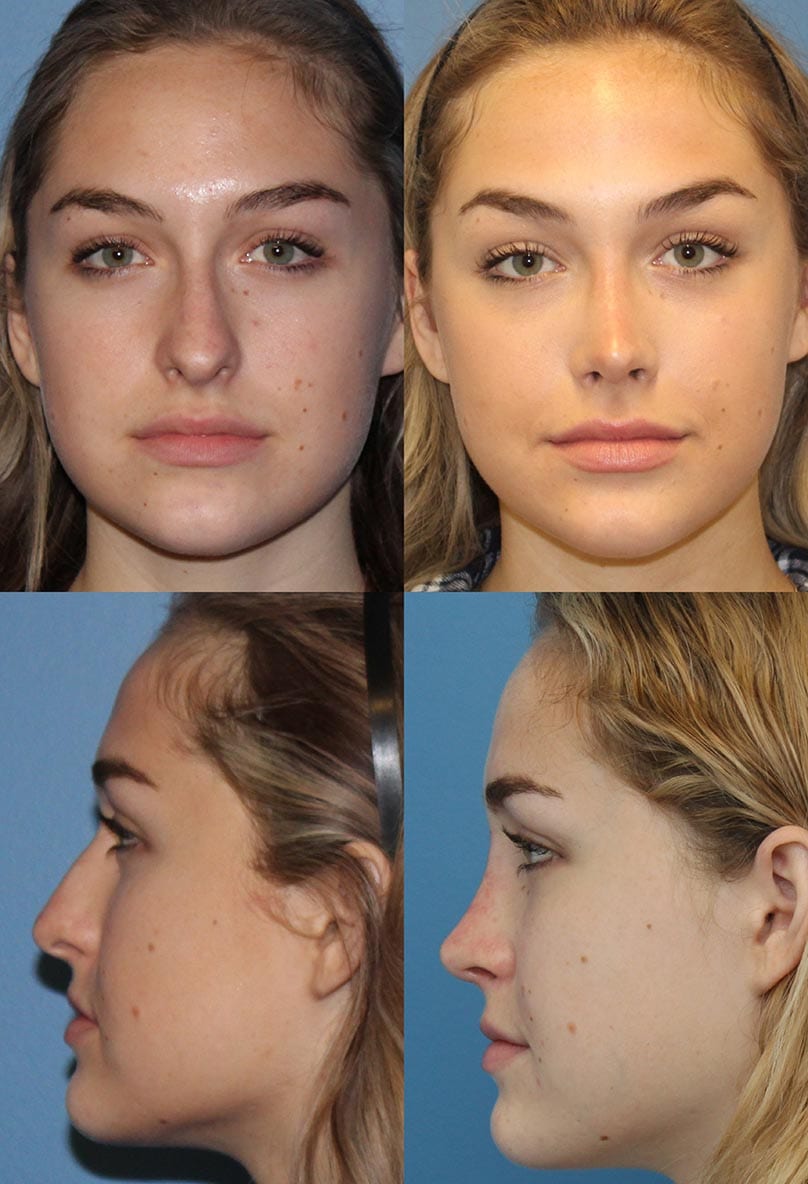 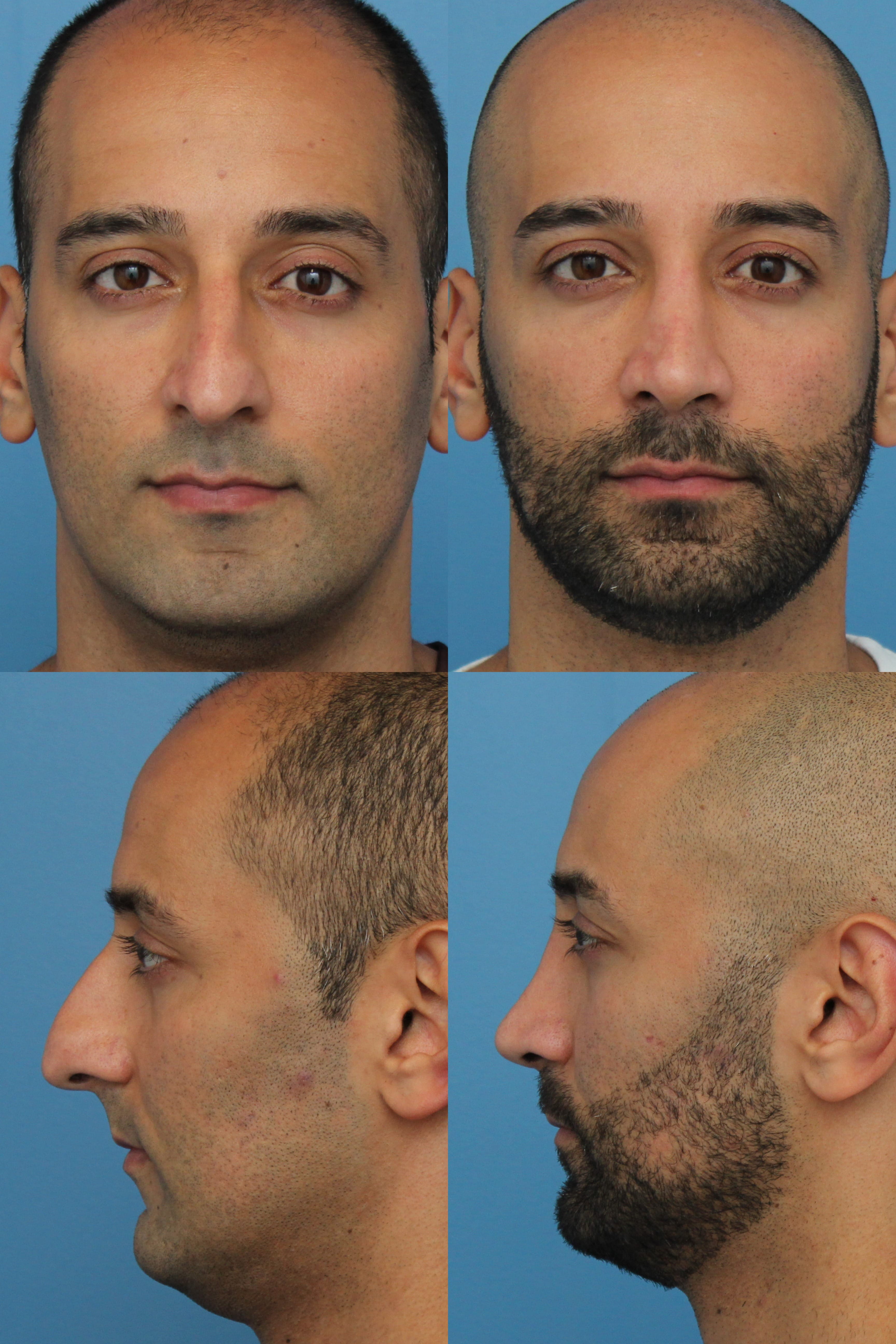 Ethnic Rhinoplasty: Ethnic rhinoplasty centers on preserving the ethnic particularities of a person. Different ethnicities have subtle or pronounced nuances that make them unique and true to heritage. An ethnic rhinoplasty preserves those traits while meeting the patient’s desires for cosmetic improvements. A superior, well-versed cosmetic surgeon who understands these nuances of anatomy and has extensive prior experience is the best promise of a natural, satisfactory, and complementary ethnic rhinoplasty.

Functional Rhinoplasty: If a patient is experiencing nasal breathing constrictions or an abnormality in the working of the nose, due to a birth defect, accident or trauma, functional rhinoplasty corrects the condition and restores proper function to the nose; with its secondary goal being enhanced aesthetics. A deviated septum, nasal fracture or broken nose, cleft lip and palate, and MOHs defects can all be corrected with functional rhinoplasty.

The rhinoplasty procedure generally takes an average of one and a half to two hours to perform. Modern techniques have allowed significantly less downtime, and most of our Del Mar rhinoplasty patients are ready to return to work in a week. Rhinoplasty patients should expect to experience the following:

If you are hesitating to get a rhinoplasty due to rumors of bruising, have no fear. A nose job causes far less bruising than it did years ago. You’ll be ready to show the world the new you in no time. Ranch & Coast is proud to have some of the best rhinoplasty surgeons in San Diego and Del Mar. They exemplify the skills necessary to help anyone who might be looking for nose reshaping, or even revision work on a previous rhinoplasty. Their attention to detail helps the patients feel comfortable in their care. Our board-certified plastic surgeons will give you the very best results for a potentially life-changing transformation, and you don’t have to take our word for it—we get great rhinoplasty reviews.

Is rhinoplasty a good choice for me?

The decision to undergo a nose job or rhinoplasty is one worthy of careful consideration. Extensive research is encouraged and we invite you to ask any and all questions that come to mind, during your personal consultation. You may very likely be an ideal candidate for rhinoplasty if: 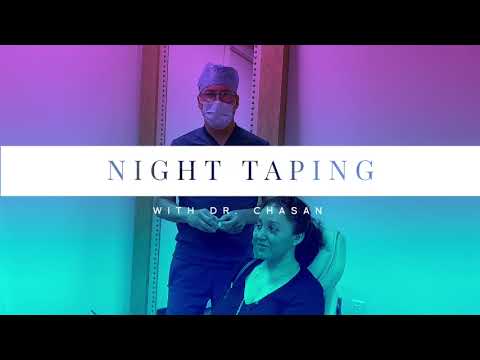 When it comes to nose jobs, our doctor’s approach is to address the specific cosmetic issues with the nose, bringing it into harmony and balance with the rest of the face. By communicating with their patients, our surgeons make them aware of those pieces they deems necessary to change. By applying this principle, no two noses look the same. Because fractions of a millimeter make a huge difference, it is important to pick a plastic surgeon who is skillful in the art of rhinoplasty and has a commitment to detail.

A Rhinoplasty in San Diego can cost between $11,500 – $15,000 at Ranch and Coast. Due to the variability of cases, some rhinoplasties are priced higher depending on the level of surgical complexity or invasiveness.

For more information on Rhinoplasty in San Diego, including:

The choice of whether to perform an open or closed rhinoplasty is made between the patient and the surgeon and depends on the anatomy of the patient and the intended outcome of the surgery. As each has its strengths and advantages, Dr. Chasan can perform either. In an open rhinoplasty, access to the nasal bones and cartilage is gained through an incision on the bridge of the nose, while a closed rhinoplasty accesses these areas by going through the nostrils.

Rhinoplasty can be done under local anesthesia with IV sedation, causing numbness but not sleep; or general anesthesia, under which the patient wouldn’t be conscious for the duration of the surgery. The determination is made based on the depth and involvement of the procedure.

5 things to know about Rhinoplasty

1. Rhinoplasty is a 1 ½ to 3-hour surgery with results that last a lifetime

Rhinoplasty is performed as an outpatient procedure, meaning that no overnight hospital stay is required. The surgery itself takes as little as one and a half to three hours, though it is by no means a simple surgery. Although revision rhinoplasties are always an option, the results of an initial rhinoplasty surgery do otherwise last a lifetime, though the nose will continue to be impacted in age-related changes of the body.

2. Rhinoplasty is the most exacting and meticulous cosmetic surgery

You should only ever see a board-certified plastic surgeon with considerable experience in your procedure of interest, but if ever there was one procedure to really do your due diligence on, it is rhinoplasty. Because your surgeon will be working with multiple types of bone, tissue, and cartilage of varying thicknesses within just a few square inches of space—and given the extreme prominence of the nose—it is widely considered the most complex plastic surgery.

3. Rhinoplasty can have both cosmetic and medical benefits

Rhinoplasty is often considered a purely cosmetic surgery, but it actually provides a number of possible medical and functional benefits where these are needed, including such things as correcting a deviated septum, or making natural breathing easier.

4. Rhinoplasty is the 4th most popular plastic surgery

Rhinoplasty is performed more often than many people realize. 24 percent of rhinoplasties are done for men and 76 percent are done for women. The ages at which the procedure is most often done are between ages 20 and 29.

5. Rhinoplasty varies from person to person and among ethnicities

No two rhinoplasty surgeries are ever the same. A tailored surgical made is made exclusively for the patient in front of us, after extensive medical reviews, a careful inspection and deep understanding of the nasal structure, and computer imaging. For patients with distinct ethnic traits, the procedure is done so as to preserve those traits (as is usually desired), while at the same time, correcting those things about the nose that are disliked by the patient.

He's extremely talented and knows exactly what's best for his patients….Thrilled with my results!

I honestly feel that Dr. Chasan is a perfectionist he truly does give you the nose that you were supposed to be born with. 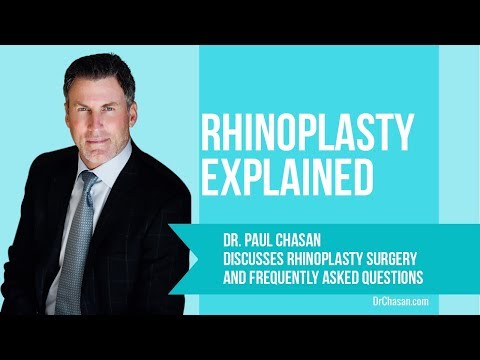 Transcript of the discussion

Randy: So you told me you love rhinoplasty?

Dr. Chasan: I do love rhinoplasties. You know, for me, rhinoplasty is the one procedure that separates the men from the boys in plastic surgery. It’s the one procedure that shows your artistic ability. And so in rhinoplasty takes the longest, it’s the longest learning curve. It’s the most detail-oriented. It’s the most artistic surgery we do. And so if you’re at the top of your game and you’re proud of what you do. I do a lot of rhinoplasties and I just love it because it’s in the center of their face.

And a rhinoplasty can change someone’s life. You know, most people are concerned that it’ll change the way they look and it couldn’t be further from the truth. It only enhances their look. In other words, if somebody has a hump on their nose or a wide nose, that takes away from the beauty of their face. If you can create a beautiful nose that just blends in with their face, that makes their whole face look more attractive. So you can imagine from a surgeon’s perspective if you’re looking at someone that you did their nose and you hit a homerun on them, and their nose looks perfect and they’re happy and you’re happy, that’s really fun.

Randy: And what is perfection in your world? One that is not noticeable? One that mimics natural, you know, human nature noses?

Dr. Chasan: Yeah. Well, when you look at noses… What I, my philosophy towards noses, I remove the deformities or the problems with someone’s nose. So they’re left with a nose that’s their nose that fits their face, but just doesn’t have the hump and doesn’t have the wideness or the bulbous tip or move to the side or something. So if I can remove those things as if you could just Photoshop it, that’s what I’m looking to do with someone’s nose. So ultimately if you look at all my noses, you go online and see my noses, they all are gonna look different. But the main thing is they should look like they fit that person’s face. They should look like the nose that they should have been born with.

Randy: What should you ask of a surgeon that’s going to do this? You compared it I think in our green room to golf.

Randy: Elaborate on that.

Dr. Chasan: Well, the reason I said is golf takes so long to learn but once you’re good at it, you know, first, you have to keep practicing.

Randy: You have to keep doing it.

Randy: That it’s for them almost like a risky procedure that they send out. Is it because it is so technically demanding or so artistic?

Dr. Chasan: It takes a lot of skill sets to be good at rhinoplasty. And if you never develop those skill sets, and you don’t get good at rhinoplasties you get an unhappy patient. And so you really want to go to someone who’s experienced and likes doing them.

Randy: So if you don’t like your nose, come in for a consult?

Randy: Could you give them a pretty good idea of what their nose is going to look like?

Dr. Chasan: I tend to show them…I don’t like to do the photo-imaging. But I’ll show them people have similar noses that have been done, so they get the best idea that way.