One of the most important aspects in the process of breast enlargement surgery is good communication with your plastic surgeon. It is not only important to determine the size of breast that you would like to be, but also the shape of your breasts from very natural to round.

Today, there are many different shapes and styles of breast implants on the market. In line with proper communication, it is also important to remember to do adequate research and have information before your San Diego breast augmentation. Our surgeons will work with you to give you the information you need. 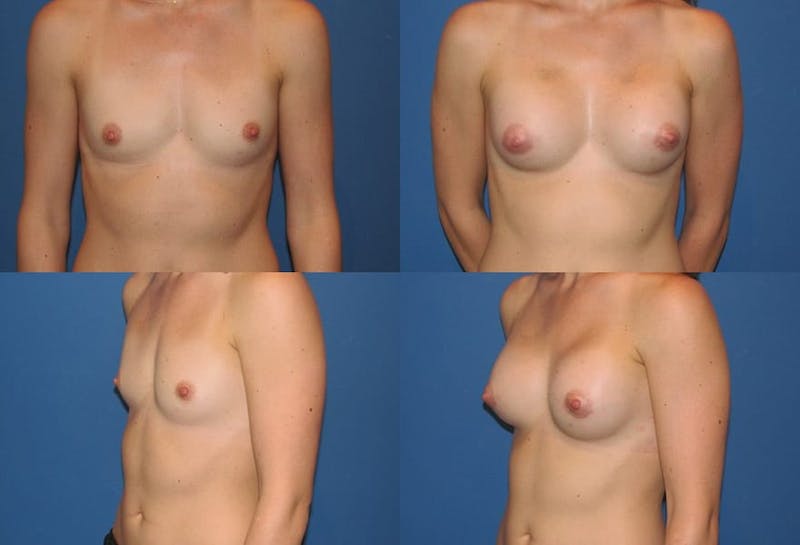 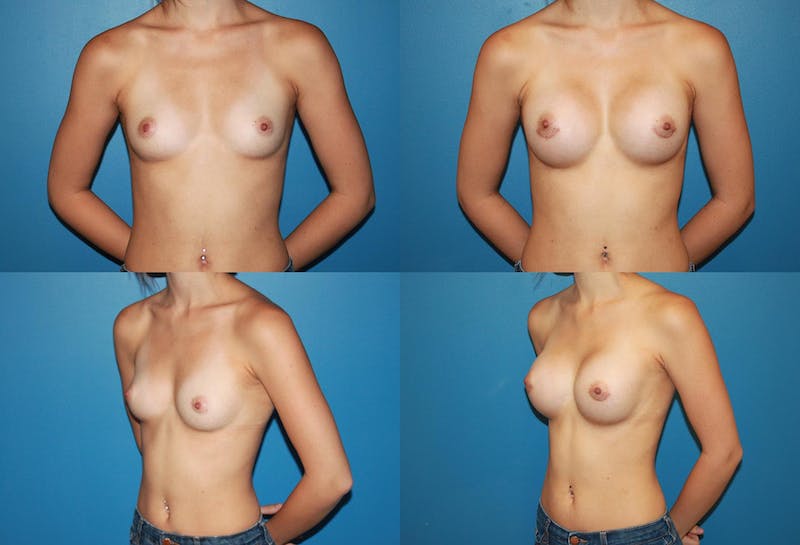 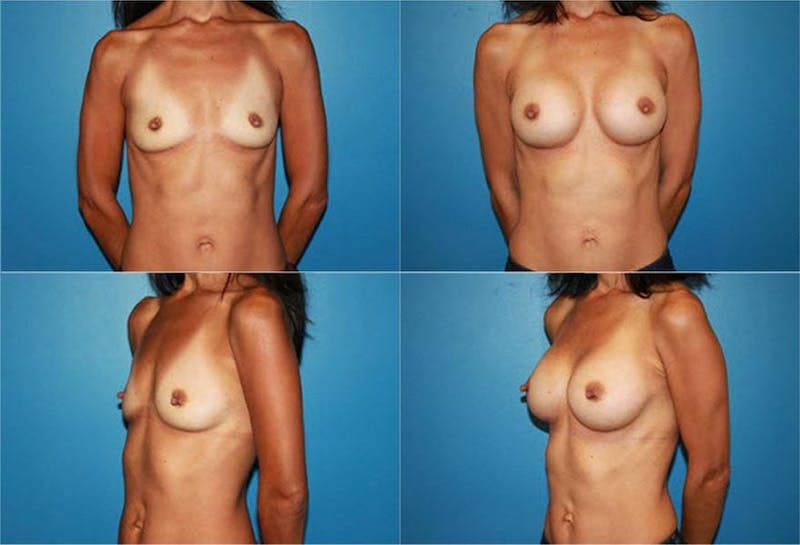 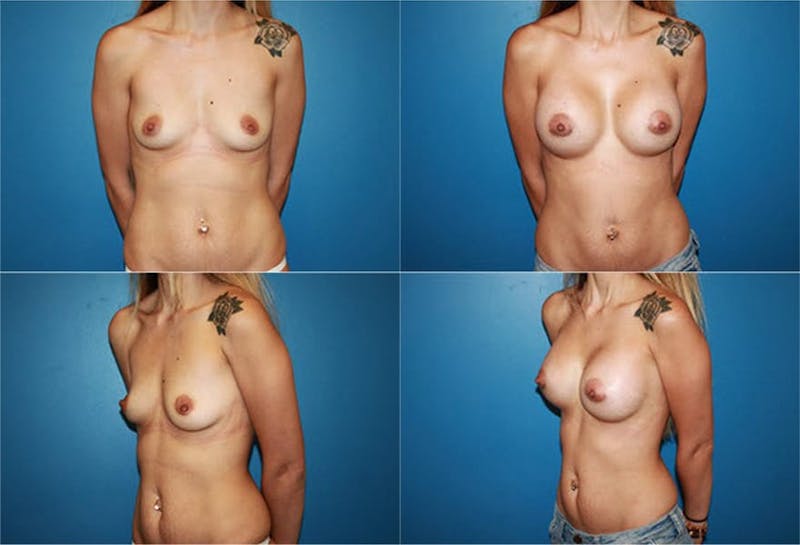 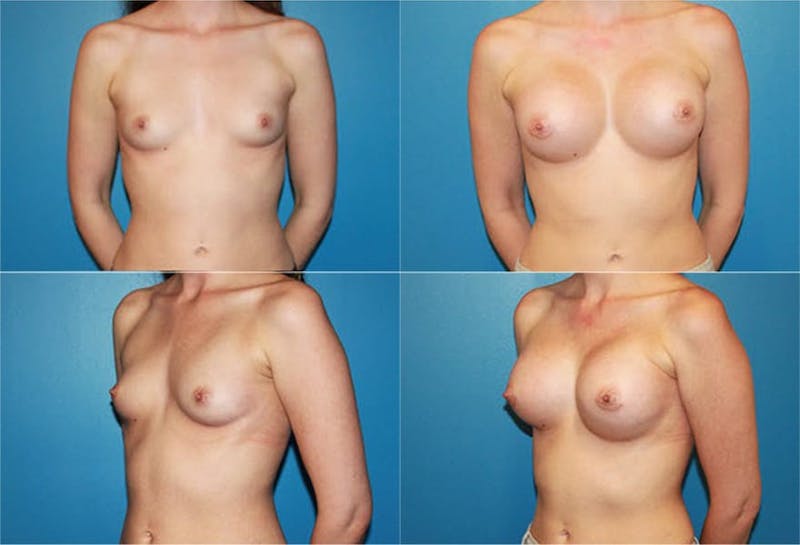 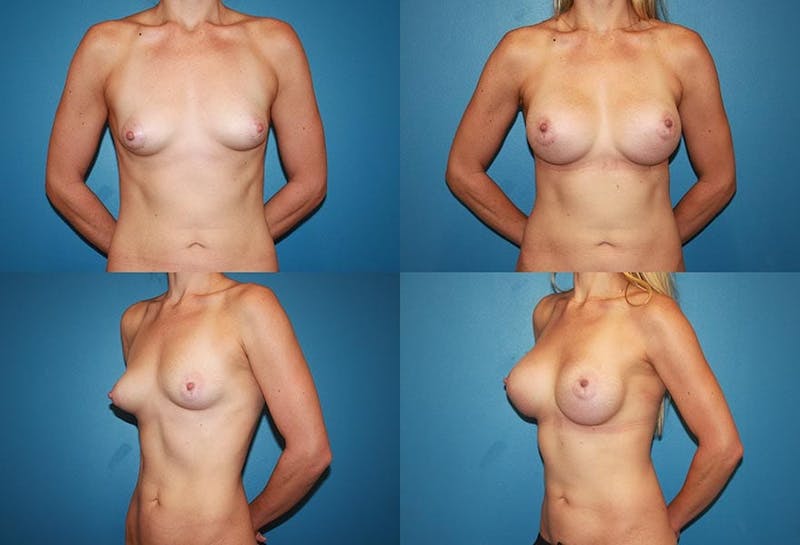 Watch the videos of Dr. Paul Chasan discussing the breast augmentation process below. 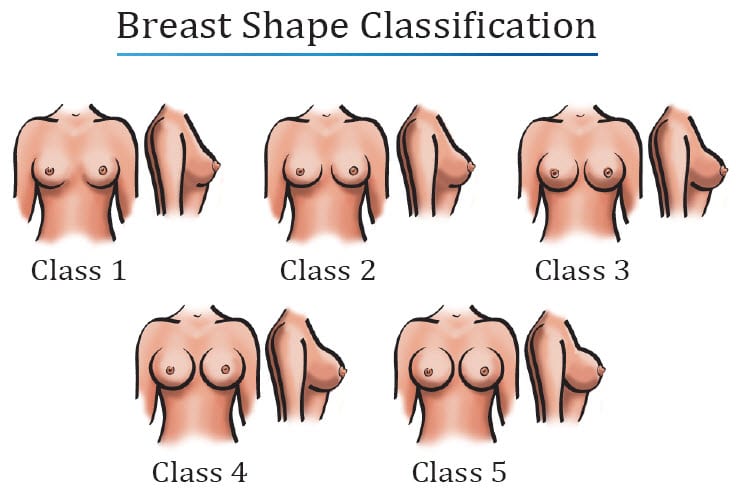 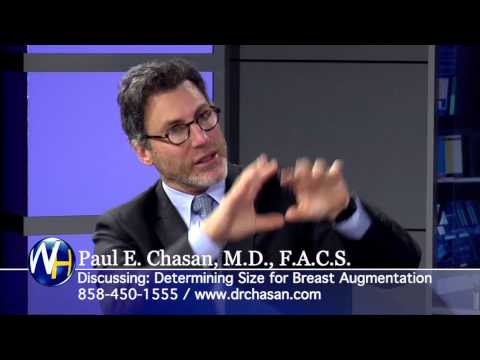 What can I expect my breast augmentation recovery to be like?

Recovery after surgery is different for every client and will depend on their unique individual healing capacity as well as the extent of the procedure. Dr. Chasan’s patients enjoy a rapid and stress-free recovery, thanks to his conservative and strategic techniques that minimize scarring and discomfort. Minor swelling, bruising and tenderness are all normal aspects of your recovery journey, but these symptoms will lessen as the days and weeks pass. You may be fitted with a compression garment to help reduce your swelling and keep your new, more pleasing breast shape intact.

It’s important that you give your body ample time to heal and recuperate, so you should avoid vigorous exercise, including lifting or twisting for the first three weeks after surgery. Many clients find that hiring a household helper can aid in making your recovery more manageable.

How Much Does a Breast Augmentation Cost?

Breast augmentation patients in San Diego can expect their surgery to cost between $7,200–$8,500. Due to the variability of cases, some breast augmentations are priced higher depending upon the level of surgical complexity.

In addition to Dr. Chasan, Ranch & Coast is proud to present Dr. Cameron Francis as a breast augmentation surgeon. Dr. Francis began his medical career by earning a Bachelor of Science in molecular biology, followed by his medical degree from UC San Diego School of Medicine. He went on to complete a prestigious two-year research fellowship in craniofacial and pediatric plastic surgery, after which he completed a comprehensive, six-year integrated plastic surgery residency. A leader in his field, Dr. Francis has published over 20 peer-reviewed articles, many of which are the result of original research in the field of plastic surgery. Dr. Francis proudly performs breast augmentation at Ranch & Coast Plastic Surgery in San Diego, routinely producing stunning results that his patients love. Dr. Chasan has performed over 4 000 breast surgeries and has published some of the landmark papers on revisionary breast surgery. 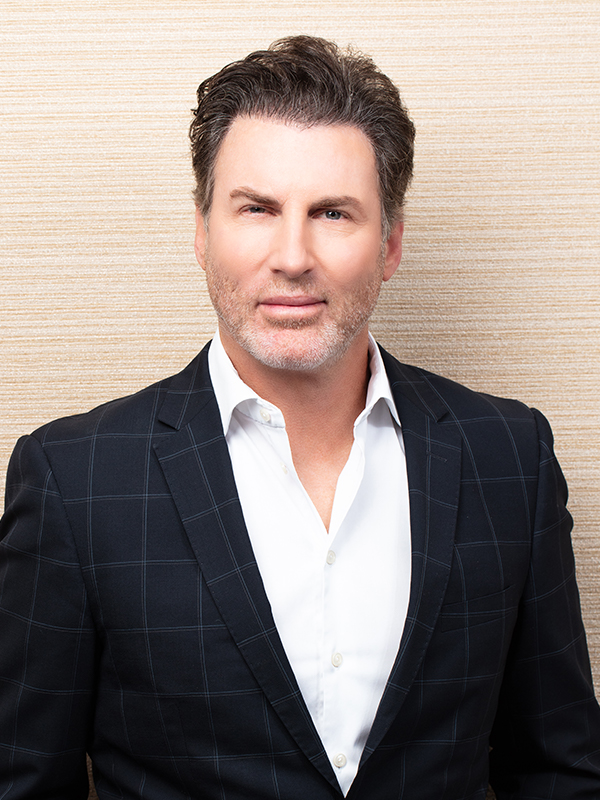 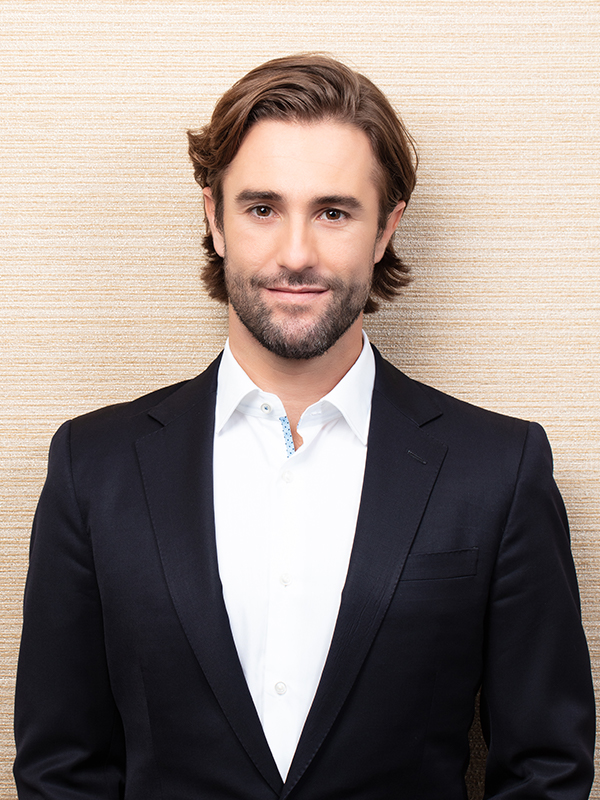 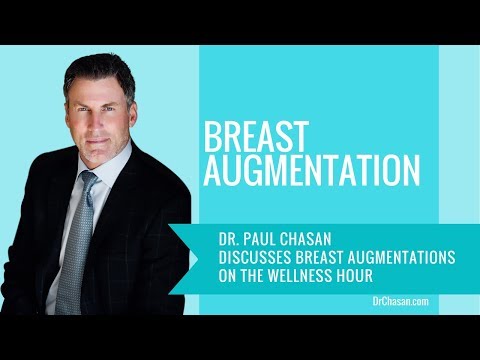 Transcript of the discussion

Randy: So breast augmentation, you say with some of the newer implants you’re getting better results than ever before.

Dr. Chasan: Absolutely. Just in the last year there’s been a whole slew of new implants. And initially when they first came out, I wasn’t quite sure where they would fit in. And when I say new implants, we’re talking about the gummy bear implant. The term for gummy bear implant is form-stable. And the difference between the implants we use now and the gummy bear just is how the cohesivity or the matrix, the silicon matrix, how thick it is.

Dr. Chasan: If you slice it, it looks like jello inside.

Randy: Is that right?

Dr. Chasan: And the current implants, if you slice them, they’re a little less than that, but they’re jello-ish. So the implants we’ve been using the last 20 years are cohesive gel matrix and they’re very safe. They have a thick envelope and they work really well. They can wrinkle a little bit. They still are very soft and they’re an excellent implant. But the new form-stable implants are a little firmer, and they don’t wrinkle as much for those thin skin patients. And so where do they fit into this whole thing? I’ve kind of developed an algorithm of, like, who’s a better patient for the form-stable or gummy bear implant and who’s a better patient for the regular. Because the regular implants worked great for all these years.

I’ve found that the more muscular patients, I see a lot of them. I see bodybuilders, figure and fitness competitors, yoga instructors, Pilates instructors, triathletes who tend to be a little more muscular. And the fact is because they’re so active, they’re pretty lean. Okay? So those people, you always want to put the implant under the muscle. And for that group of people, the athletic lady with very thin body fat, they don’t have a lot of breast tissue, I like the form-stable implant because when they flex and that animation deformity that occurs on all people with breast augmentation, it’s really blunted by having a slightly firmer implant.

Dr. Chasan: It’s a better result. So the gummy bear implant looks the same. It might be a tiny bit firmer, almost imperceptibly firmer, but it’s just firm enough so when they flex, they don’t get an exaggerated animation deformity. And so that’s really huge for me because, you know, nothing’s worse than a lady who has this perfect breast and when she flexes, she has this deflection of the implant.

Randy: So that happens and that’s a concern of theirs?

Dr. Chasan: Yes, and that can happen. And those people are at a higher risk for that.

Randy: What about these anatomically correct implants? What are your thoughts there?

Dr. Chasan: You know, I use them, I would say, and most of my colleagues around the country don’t use them that much. We use them probably, I’m gonna say less than 10%. Here’s the person I use them on. A lady recently about three months ago, yoga instructor, she’s 5′ 2”, 100 pounds, no body fat, no breast tissue, and she wants a very natural result. Okay, so in her case, she’s that person who’s very muscular so I’m using a form-stable implant. It’s shaped so it has a more natural. I’m putting it under the muscle. And so two things, she won’t have the animation deformity and she has a nice natural slope. Now, that lady is completely thrilled. I just saw her last week. She’s sent me already three patients and she’s completely thrilled.

Randy: So how do you determine size with a patient that comes in for breast augmentation?

Dr. Chasan: Well, you know that’s a whole process. When I see someone in a new patient consult, I tell them this interview is a process. And that process is trying to determine their vision for the breasts. Every woman has a vision for their breasts, and some know exactly what they want, some I have to extract what they want, and I use either…whatever I can, whatever tool I can, either verbal or visual, and it’s just not size, but shape. Now, today with all the new style of implants, whether you go for moderate profile, ultra-high profile, form-stable, or the gummy bear implant, you have so many choices that can affect the overall shape of the breast.

In fact, a couple of years ago I published a shape classification where one out of five is so natural you can’t tell there’s an implant, two out of five is natural perky, three is intermediate, four is rounded, five is very round. So I think that’s very valuable and very helpful. So, and then as far as the size, I use a technique. I’ve done 2,500 breast augmentations. You know, there’s a group. So the small C people say this, “I don’t want people to know. I just want to be big enough to wear a T-shirt without padding. I just want to look good in a cocktail dress. I want to fit in a bikini. That’s all I want.”

Medium C people say, “I want all that, but I don’t care whether they know or they don’t know. I just want to be proportionate to my body.” And large C people say, “I want full sexy breasts.” I kind of tend to discourage “D” Cups. I just think over time they’re not as stable now. So, occasionally some woman wants a “D” Cup and they’re appropriate. That’s fine and that’s a discussion again. So I’ll go through that scenario and then we’ll look at pictures, and pretty soon I understand…

Randy: So you show them other patients?

And after they do that, I have a very good understanding about what shape and size they want. And then it’s important that they understand that I understand what they want.

Randy: So your judgment about the size and the type of implant will ultimately determine a great result, and just an okay result?

Randy: So there’s more than a…because it seems such a straightforward procedure.

Randy: There’s a lot more to it.

Dr. Chasan: There’s a lot more to it. And so again, everything is in the details. So once I understand their vision for their breasts, that’s a huge statement, “Understanding their vision for their breasts.” And then I take it to the operating room. Now, in my operating room, I actually have a gel pad. So their back sticks to the bed, so I use sizers and I have a hundred implants in my O.R. So, I can use any implant I want, which is a huge advantage and I’ll use sizers. I’ll look at them with the sizer laying down, I’ll sit them up. Um, yeah, maybe let’s try a different size, let’s try a different shape. I lay them down, I sit them up, and the gel pad on an average patient, on average, an average breast aug I’ll sit them up three or four times. On a revisionary, big revisionary case, I counted one of my recent revisionary cases, I sat the patient up 15 times.

And I cannot imagine that a surgeon could do a breast surgery, and I hear about it all the time, the anesthesiologist tells me, “I was in so-and-so’s office and they don’t even sit the patient up.” I can’t imagine doing a breast augmentation and not sitting up the patient. You know what? They look so much different lying down than sitting, lying down, sitting up. You have to do that.

Randy: So this attention to detail…

Randy: Are you a…I mean, do people say about you, “He’s a perfectionist” like your employees?

Dr. Chasan: I say it about myself. I’m a perfectionist.

Randy: So you think there’s a lot of sloppiness going out there.

Dr. Chasan: There is. There is. A lot… It looks okay because to do an “okay” result, to do an average result, it’s an easy surgery. To make it look great, that’s a hard surgery.